Naxos is a wonder to discover. In 1717 the Jesuit Pitton de Tounefort, sent in evangelical mission on the island, wrote in his travel notes must cross it to discover its hidden charms. Quest 'island, which is the largest of the Cyclades, in the Aegean Sea, is able to speak of Greece to 360 °, both of the older one, and of that more modern, like no other. It 'a great choice for the traveler who nell'Ellade there has never been but want to savor, from the start, the uniqueness; It is an obvious choice for anyone Greece knows but wants to explore the soul of a place to fall in love. Its variegated colors, its spicy and strong flavors, the smells of the Mediterranean scrub and salt, they will conquer it, certainly. In offering this mix of Naxos sensory emotions it is unique, but what you have left in your heart, forever, are the inhabitants and their traditions. It 'simple, friendly and hospitable people, the deep bond that has structured the fair with their land. Already, on an island you expect to find seafarers with high humidity and salty stories to tell, in the bar of an old port, and instead you realize, in short, that this land, despite having been the birthplace of great sailors, it is inseparably linked with agriculture and its products (exporting of divine quality potatoes), sheep farming and its flocks, craftsmanship and its products, obtained from ancient manufacturing practices of centuries. The real truth is that the heart of Naxos is not along the coast, but in the deep gaze of inland Islanders, proud lords of noisy flocks, absolute masters of a millenary art of cheese, indefatigable tillers of a rough and difficult terrain to tame. For all of them the time has stopped and their activities are the same for centuries. This land has them, as always, made autonomous in their basic needs and this has led in Naxensi a deep pride that has, over time, he forged a modus vivendi unique. The lack of an international airport helped, and not least, to preserve all this, making it difficult the conquest by the Sunday vacationer.

Of course progress and tourism have massively changed recently, many of the island's activities; Another could not have been with 148 km of coastline present, with vacationers willing to spend to enjoy it fully and with a young and active Mayor, Dr. Manolis Margaritis, projected toward an advanced future. But fortunately the interior is still jealous guardian of old traditions, a hinterland crossed by a high mountain range and embellished with small and pretty villages, which preserves the ancient heart naxense. Tourist agencies when they advertise the island show the portal of the Temple of Bacchus, the visible archaeological find to every tourist landing from the ferry, or displaying pictures of Plaka beach or Prokopis, forgetting social-cultural realities to be missed as the pastoral town of Apiranthos with its Byzantine churches and Crete and bonding with the originators of many of its inhabitants, or the small village of Mani, where they still produce, on antique looms (Krevataria) of beautiful fabrics. Also close to the sea, however, there are beautiful places, far from the mass invasions. On the eastern side of the island, the most difficult to achieve, given the need of the high mountains crossing, and the least coveted by consumerist tourism, there is the seaside village of Moutsouma. At one time, when trade Emery (granular variety of corundum, gray-brownish color, used as an abrasive), extracted from the bowels of the mountains, was solid and profitable business, this was a strategic site. the mules were leaving files from Koronida mines, the precious element loads and after crossing, with effort, the mountains of Apiranthos and Koronos, arrived at the port of Moutsouma, where the abrasive black took the sea route. A cableway, odiernamente also abandoned, took the place, with the advent of modernity, the long chain of men and animals. This place, which in practice is the marine offshoot of the city of Apiranthos, today is an absolute delight for the eyes! High and rusty cranes, persist like ghosts of a past now gone, to characterize a skyline, which at sunset takes on the characteristics of the magic, with the smell of salt air that erodes old abandoned wooden boats mingled with the smell of tasty fried fish It protrudes from the two taverns that characterize the port. Here the art of culinary simplicity is combined with the authenticity of raw materials offered, going to fully meet the tastes of hungry travelers who are afferiti far, curious of places out of time. E 'to be recommended, without delay, the tasting of moussaka (one baked eggplant and meat to rest on a bed of tasty potatoes) washed down by a cold Mythos (a lager beer of low alcohol content) or a Fix Ellas (other Greek lager beer production). There is no doubt that the discovery of Naxos and the Greek emotions, should begin from the seaside village of Moutsouma: and there would have to be repented.

A reflection exception is made for the religiosity and the relationship with the supernatural on the island. For Italians who come from the cradle of Christianity, used to officiate their religion in huge basilicas, Naxos have something to feel disoriented, as though in the area a significant number of churches, also very large, the relationship with the divine here is consumed in a personal way, in a small stone chapel with almost family use. There are, then, some, it considered choice for locational, site absolutely amazing places with sea views to die for, like the one from the top overlooking the bay that houses the port of Moutsouma. Have an irresistible and immortalarle photographic subject with light from behind, with the backdrop of a blue sky (enhanced by a polarizing filter), which is mirrored in the clear blue sea, is a top priority that goes beyond the routine tourist obligations distracted and that you will return a still image of an indelible memory.

photographic technical advice: It 'goes without saying that afferire in Naxos without a camera is a real madness, even for those who does not understand anything about photography. And 'necessary to bring along a stable tripod and a camera body on which is mounted a preferably 24-70. This is to the prince and allow you to deal with almost all situations, even those that require a pushed wide. Just fact, in specific cases, have the machine upright on a tripod and shoot multiple images that overlap by 25%. They will then be merged in Photoshop with Photomerge. For the quality of the images obtained, such escapotage is preferable to any wide-angle, however, that for convenience can be kept in your bag. It 'also need one or more flash, as there will often work against the light and illuminate this for the very first plan that would end up hopelessly underexposed. Finally do not forget a polarizing filter, an ND filter (preferably a big stop) and enough memory card and batteries (for camera body and flash) in abundance. For those not versed in the art of photography but still he wants to take home a set of well-made landscape images, remember that almost all SLR cameras on the market return discrete images, if the light becomes our ally. The sun or the light source must always be behind us, the camera placed in Manual (M position on the dial), the time set to 125, the diaphragm of 8, the ISO sensitivity to 200 and focus to autofocus, focusing of prospective plan that we please. This combination will allow us to address the vast majority of day situations.

And the beaches? With a circumnavigation of the island so great beaches there will be spoiled for choice. Those finer grain size and easier to use are, without doubt, the beaches that are encountered on the west coast. If afferite by ferry, while on approach to the island, you'll see scroll from right before your eyes. This is a long golden sandy language, interspersed with delightful bays, which begins immediately after the Chora, on the way south, with the beach of Agios Prokopis, beautiful and damned, being scenically beautiful, but superaffollatissima summer. The following Agia Anna touristically very evolved with abundant supply of studios (rooms and / or mini apartments for rent with kitchenette). Plaka Beach, which you will find to follow, is an almost Caribbean delight: it is a sand blanket order extended for 3 km, bathed by the crystalline sea and surmounted by dunes that shape at times an almost desert landscape. It 'a place to be enjoyed during the day (when even in high season offers little visited areas), and at night, when the sea front, almost to the water's edge, is filled with tables prepared by the backwaters taberne for varied and succulent bacchanalia that protracted, uncertain, and the romantic glow of antique lanterns into the night. If by contrast you want a wild and beautiful beach, away from prying eyes, where spend some time relaxing, it missed the small and windy Mikri Vigla placed before the most famous and southern Kastraki Beach. It 'a popular spot for water sports rather it is called one of the best in the world. The proximity of the island of Paros brings together the wind in the strait between the two islands arm, ensuring constant wind flows, especially in August, with peaks of up to 30 knots. It 'a paradise for those who practice windsurfing and kitesurfing, at every level. Point out, further south, always for lovers of windsurfing and kitesurfing, another of the most renowned spots for continuous puffs of Aeolus, the Aliko Beach. Finally, the extreme south of the island are definitely visit Panormos Kaladou bay beach, both not easy to achieve, but extraordinarily beautiful. Returning to the east coast, along with the aforementioned and unforgettable Moutsouma, to be seen, without any delay, the Lionas Beach, famous for its cobbled color and where you can enjoy excellent typical food to Delfinaki restaurant.

The latest news is final to devote to the old Chora, where contrary to novelty stores for tourists, there are two essential steps: go visit the old bakery of all the Cyclades, which bakes its own bread, still in an ancient oven, and the small store of spices and cheese. In an environment that looks straight out of a storybook you can buy, at ridiculously low prices, all natural flavors that can be used in kitchen, dairy derivatives extraordinary pit and even herbal-natural remedies for many kinds of ailments.

If you wish to discover Naxos, it will pay off in an unforgettable way 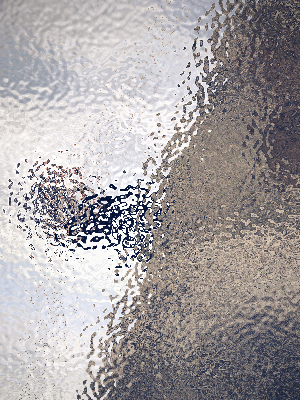